The Tailor Made Tech Bulletin – November 2021 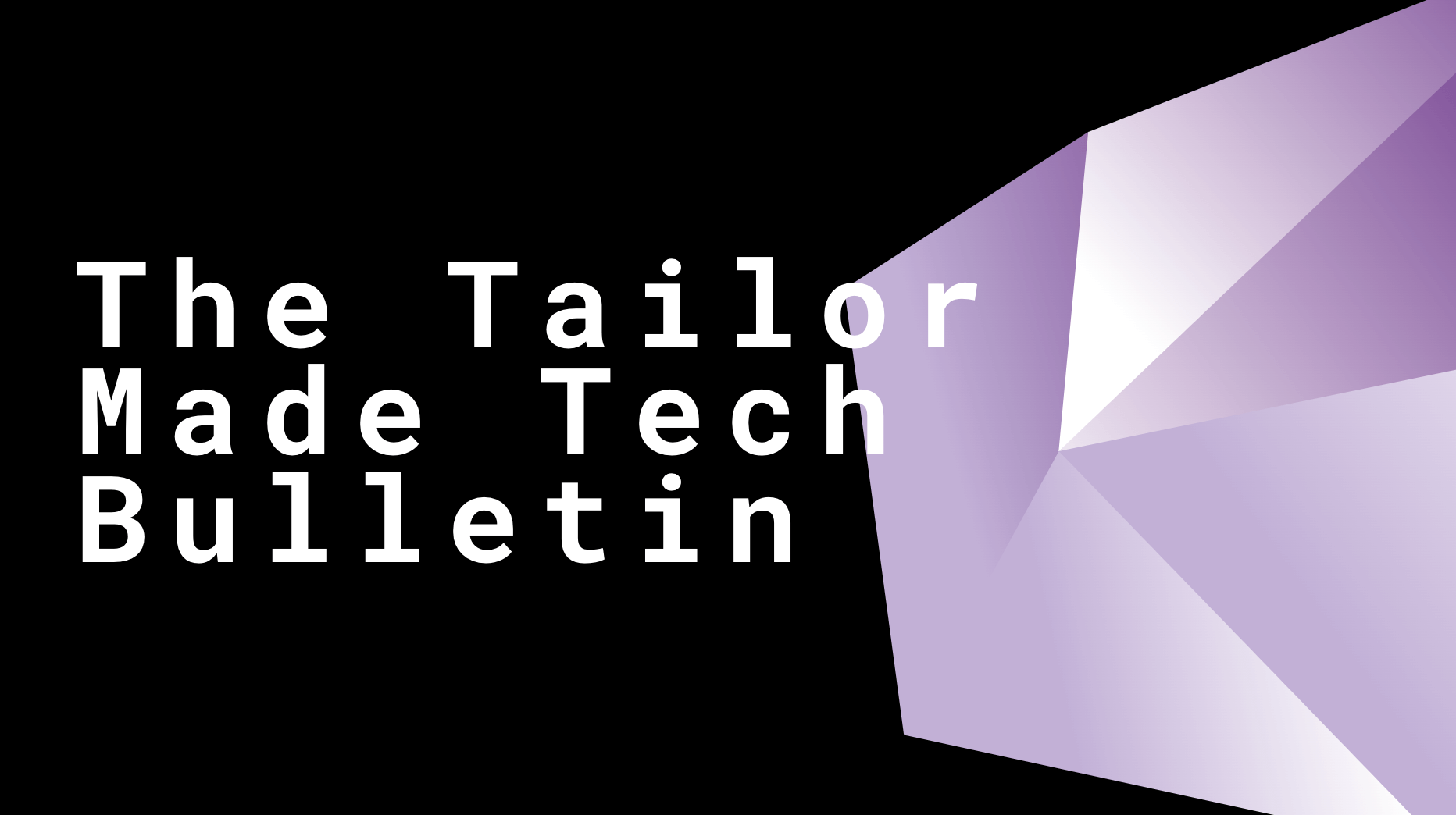 Welcome to the first of many Tailor Made Tech Bulletins, providing insight on tech matters that relate to SME’s. In these bulletins I will aim to look at some global trends and then come up with some ideas of how these global factors might impact on the core Tailor Made customer base. I will aim to keep readers updated on some of the latest Microsoft developments, retirement dates to look out for and also look at other key vendors in the future and how their offerings might find relevance for readers.

Over recent months, the world has changed completely. Gone are the days when we all worked from an office every day of the week and increasingly we are adopting a hybrid working approach allowing employees to work from the office or from the home. This has provided an opportunity for the big tech giants of Microsoft, Google and Amazon, as well as the Social Media giants such as Facebook, Twitter and TikTok to extend their influence and dominance.

Organisations such as Facebook probably already have more data on individuals than governments, and the pandemic has demonstrated that governments are poorly equipped to take on tasks that major tech companies succeed at. The UK government’s failed attempt at the track and trace app is just one example of this. We are seeing large tech giants operating in a truly global way, unrestricted by national boundaries and able to collect vast data-lakes of information that are only just beginning to be utilised.

In the next 5 years, this growth of big tech is only likely to accelerate, ultimately meaning that governments will become less powerful as citizens begin to turn to tech giants for solutions in health and education in particular, rather than depending on their governments. We are already seeing that governments seem relatively impotent in their ability to address tax issues with these large organisations. With governments increasingly losing their ability to control technological development, opportunities for evil actors to take advantage are presenting themselves. The increase in home-working has hugely broadened the threat vector that corporate networks are exposed to. Ransomware attacks have been increasing exponentially in recent years, but the last 18 months have seen these attacks accelerate further as attackers attempt to breach corporate defences through employees’ home networks that are generally much less protected than company networks.

In the western world, we are likely to be the first to observe this latest tech revolution of the giants taking more and more power. With all this change happening in big business, it’s often challenging to think about steps that small and medium sized organisations can take to future-proof their organisations.

At Tailor Made, we have seen the cyber security threat increasing and are in a unique position as an MSP to be able to offer comprehensive Cyber Security protection to our customers. Many small and medium sized businesses across all vertical markets, have little or no plan in place for a response to a cyber security attack. Most have not even considered it as they focus on the day-to-day running of their business. We have built a Cyber Security team with industry specialists to advise, protect, plan  and test our customers’ readiness for a cyber security attack.

Align with the Major Players

Tailor Made has a really strong partnership with some of the world’s largest tech organisations. By aligning your business with organisations like Microsoft, Citrix, VMware or Watchguard, you can be confident that you won’t get left behind when tech giants launch new technologies that could transform your business in the future.

The big tech giants of today have gained their market share largely through great data management. Think about accumulating and mining your company’s data. Use Microsoft SQL Server or Azure SQL effectively in order to give your organisation the capability to take best advantage of it’s data and bring the power of PowerBI to your company. As AI technology progresses, having your data in a structured, standardised format on a recognised platform will bring new opportunities for the organisation.

Post-pandemic, the human connection is more important than ever! Look for ways to create shared experiences with your customers. One positive that will probably remain even after we have all returned to face-to-face experiences will be virtual event

s that became much more prevalent during the pandemic. These need to be promoted well ahead of the event itself. Exploit multiple social media channels to publicise your organisation, events, products and services. Involve suppliers to help with your events and perhaps even be involved in your events.

Windows 365 is the latest SaaS offering from Microsoft. Effectively, subscribers pay monthly for an operating system with RAM, CPU and Storage assigned to their virtual desktop. This may be a good option for companies that have a requirement for some infrastructure to support their business specific applications, but don’t have sufficient users to justify building out or supporting a full Citrix or AVD environment of their own.

Windows 11 is the latest Microsoft operating system for Desktops and laptops. With security being top of mind these days, it is essential to be running up to date operating systems in order to keep their networks secure. Windows 11 presents the very latest features from Microsoft and integrates natively with O365.

This enhancement to Exchange online allows users to recall messages after they have sent them in error.

We are now offering the latest version of MS Windows Server 2022 to our customers. Please contact your Account Manager to discuss an upgrade project for your infrastructure estate.

Large Meeting Support – launched in May 2021

It is now possible to get an instant transcription on MS Teams 1:1 calls.

A new button has appeared in the Outlook toolbar ribbon to allow messages to be shared in MS Teams directly from Outlook.

It is now possible to modify the behavior of MS Teams alerts to pop up the standard Windows notification instead of the purple MS Teams popups.

Microsoft are launching additional features to allow meeting attendees to control lighting and image softening effects to their video during MS Teams meetings.

Users of the Whiteboard capability in MS Teams will now be able to track which modifications to the whiteboard are made by specific users.

Below are some of the most common Microsoft operating systems and applications with versions that are either no longer supported or are coming close to end of life. If your organisation is running any of these systems, you will no longer receive any support or security updates from Microsoft, leaving your business vulnerable to cyber-attacks or operating system / software failure. If you would like more information, please get in touch with your Account Manager.